The Cahuilla Indian farmers of the now extinct San Cayetano tribe were the first residents of the area.

In 1920’s, when date palms were planted in the area, the name of the city was changed from Old MacDonald Ranch to Palm Village.

When World War II attracted General Patton to Portola Avenue and the Colorado Desert to train for African warfare, no one dreamed the area would one day be a world-class resort destination.

In 1943, residential development connected to Army maintenance camp began in the area. This site was developed into El Paseo, an upscale shopping district resembling Rodeo Drive.

In 1948, the Palm Desert Corporation began to develop real estate in the area.

In 1951, the city changed its name to Palm Desert.

On November 26, 1973, the community was incorporated. At the time, Palm Desert was a master planned community situated in the desert that once stretched from Palm Springs to Indio.

Today many celebrities keep homes in the area including Rita Rudner, the professional golfer Michelle We, Bill Gates, and the late film producer Jerry Weintraub. Palm Desert also serves as a popular retreat for “snowbirds” from colder climates in addition to permanent residents who are attracted to the area due to its affordable and high-valued homes.​

History of the Coachella Valley

1823 – Captain Jose Romero, a Spanish explorer, entered the Banning Pass o look for a land route to Yuma. Not until his second attempt did Romero made it all the way to Yuma.

1863 – The William Bradshaw Trail stage route started through the Banning Pass from Los Angeles to the gold fields of Arizona.

1876 – The Southern Pacific Railroad’s first steam engine made the run between Los Angeles and Indio on May 29th. The next year the line was completed from Indio to Yuma.

1879 – The use of the Bradshaw Trail as a stage route ended with the development of the railroad.

1884 – The New Liverpool Salt Company began operation in 1884 when George Durbrow shipped what he called “white gold” to San Francisco.

1885 – John Guthrie McCallum and his family were the first non-Indian settlers in the Palm Springs area. McCallum established the Palm Valley Land and Water Company.

1890 – The first planting of date palms by the U.S. Department of Agriculture took place.

1896 – Edith Mann Ross came to the valley with her family in a covered wagon. During Indio’s Centennial in 1976 she was named Indio’s “First Lady.”

1897 – The first permanent school was built in Indio, an adobe building at the northwest corner of Fargo and Bliss. It replaced the old tent school structure.

1899 – The first commercial grapes were planted by George Durbrow near the corner of present-day Highway 86 and Monroe Street.

1901 – The first newspaper, the Coachella Valley Submarine, was published in a tent in Indio.

1901 – Present-day Coachella was established and was known as Woodspur.

1930 – The settlement that was to become the City of Rancho Mirage was started by Mr. E. P. Davies.

1938 – Palm Springs was incorporated from what was formerly called the Village of Palm Springs.

1941 – Jacqueline Cochran became the first woman to pilot an American bomber across the Atlantic Ocean for delivery in England.

1943 – Mary Ann Bundschuh opened a bakery and restaurant in Thermal.

1946 – Harry Oliver began to publish The Desert Rat Scrap Book in which he spun tales about a fictitious desert neighborhood.

1946 – Coachella was incorporated as the “City of Eternal Sunshine.”

1948 – Cliff Henderson and his brothers opened the Shadow Mountain Resort in what is today Palm Desert.

1958 – College of the Desert, a two-year college, was founded in Palm Desert. It is one of the 110 community colleges in California, the world’s largest system of higher education.

1963 – The Palm Springs Aerial Tramway opened as a way of getting from the floor of the Coachella Valley to near the top of San Jacinto Peak. It was constructed in rugged Chino Canyon and is the largest rotating aerial tramway in the world.

1963 –
Construction began on Sunnylands, the 200-acre estate built by Ambassador Walter and Leonore Annenberg. The property became the vacation site of numerous celebrities and public officials.

1964 – Named after the Hollywood entertainer and movie celebrity, the first Bob Hope Golf Tournament was played.

1973 – Palm Desert was incorporated. First named “Sand Hole,” and then Palm Village. In the 1940s, it was an Army Tank and Truck Depot. History of the Coachella Valley]

1973 – The City of Rancho Mirage was incorporated.

1977 – At the end of his presidency, President Gerald Ford and his wife Betty moved to their home in Rancho Mirage.

1982 – La Quinta was incorporated. It was first known as Marshall’s Cove after John Marshall. Albert Green homesteaded near Washington Street at Avenue 52.

1984 – Dr. Reynaldo Carreon, Jr. donated $100,000 to College of the Desert to be used for scholarships for students of Mexican-American descent.

1989 – The Palm Springs International Film Festival began. It is held annually in January.

1992 – The Landers Earthquake was a magnitude 7.3 earthquake that occurred on June 28 with an epicenter on the eastern side of the San Bernardino Mountains near the town of Landers. The quake was described at the time as the largest earthquake to have occurred in the contiguous United States in 40 years.

1992 – Annual Indio International Tamale Festival began. A holiday tradition, the festival has been named to the Top 10 list of “All American Food Festivals” in the nation.

1994 – Sonny Bono, an entertainer and former mayor of Palm Springs, was elected to the U.S. House of Representatives from California’s 44th district. Following his death from a ski accident in 1998, his widow Mary Bono completed his term. She continues to serve in Congress.

1999 – The Empire Polo Club in Indio hosts the first outdoor Coachella Valley Music and Arts Festival (Coachella Fest) each April, drawing thousands of music fans from across the country.

2000 – The Indian Wells Tennis Garden opened. Each year in March, it hosts the fifth largest tennis tournament in the world, the BNP Paribis Open.

2010 – Desert Energy Enterprise Center opened. A part of College of the Desert, its purpose is to inspire green technology and to train the state’s renewable energy workforce. 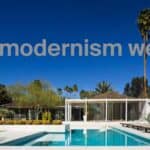 Palm Springs is known for its midcentury architecture and design, as well as … END_OF_DOCUMENT_TOKEN_TO_BE_REPLACED 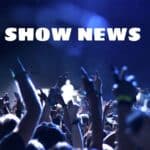